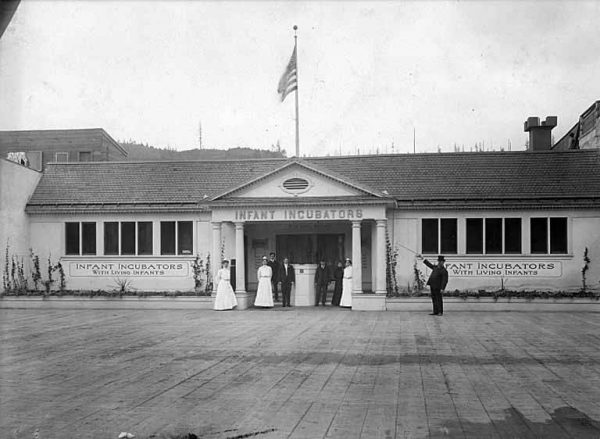 Over the years fairgrounds have been the showcase for many new technologies. Moving pictures and electric light to name just two.

There has also been a darker side with many weird exhibits around the world. From two headed sheep, to woman who were allegedly half human half snake. Some of these ‘freaks’ as they were commonly termed were the result of medical conditions (not the half snake woman obviously). But tragic cases such as wolf girls, who in reality were suffering from hypertrichosis, a disease that causes excessive hair growth all over the body. Or young midgets that were dressed to look much older, then billed as living dolls.

Of course there were others such as the infamous ‘Hairy Mary’, from Borneo, rather than finding an unlucky individual with a medical condition, the sideshow proprietor took the liberty of dressing a monkey in clothes instead.

Like most showmen of the modern era, I am too young to remember any of these, with ‘freak’ shows being something that society of today wouldn’t accept. I just about remember a show that did the rounds when I was a kid, but their freaks owed more to plasticine, than medical conditions or divine intervention. However I was aware of their existence. Like many things ranging from gladiatorial arena’s to some of the more gruesome forms of punishment, as society became more civilised they gradually fell out of favour.

There was however an exhibit, or indeed series of exhibits, that I was until recently unaware of. These were Infantoriums, actual rooms full of premature babies, in incubators, that people were charged to come in and view.

Now on the surface, this is something that will produce a reaction ranging from disgust to downright outrage. BUT, it needs looking at from the perspective of society and medicine in those days. In actuality, these ‘sideshows’ were responsible for saving a number of babies. Quite a number in fact, estimated to be in the thousands.

At one time premature babies were viewed as weaklings that wouldn’t survive, and therefore were not worth expending medical services on.

Incubators had been used previously, in zoo’s for baby chicks. A French obstetrician, called Stéphane Tarnier took the basic technology and adapted it for medical use. Sadly they were not widely used, due to the medical professions aforementioned apathy towards the survival of prematurely born children.

Pierre Budin, a French physician began to conduct research around the technology, but ran into continue roadblocks from his colleagues. In 1896 he took an example of his work to the Berlin World’s Fair. At that time the expositions, and World’s Fairs, were not just centres of entertainment and amazing fairground rides, but also showcases for the latest technological innovations.

As serendipity would have it, a German man, Martin Couney, happened upon an exhibit of 6 premature babies that had been borrowed from a Berlin hospital and placed in the incubator. He realised that not only would people pay to see babies exhibited this way, but it could also save lives.

It turns out that the hero of our tale had actually had a daughter born prematurely, so he had an especial interest in helping such children.

In it’s heyday, the amusement parks and beach at Coney Island hosted thousands of visitors. In 1903 a new exhibit was added. Well, two of them in fact, at the Luna Park and Dreamland amusement parks. These were the Infantoriums. Premature babies were looked after by medical nurses, whilst the public flocked to see the show. Outside carnival barkers would drum up trade, and lure punters in to see the tiny babies dressed as dolls.

Like I mentioned, it sounds rather distasteful at first glance, but the money earnt was reinvested to help premature kids and no charge was made for taking in the babies for treatment. The exhibits actually ran for decades, with the Coney island shows closing down in the mid 1940’s, not because they were no longer popular, but because by that time hospitals had actually caught up with Dr Couney and started to install incubators of their own. It was claimed that the success rate for saving babies in the show was around 85%.

So, weird as it was, an lot of people alive today can trace their survival back to an ancestor in a fairground sideshow and the amazing Dr Couney.